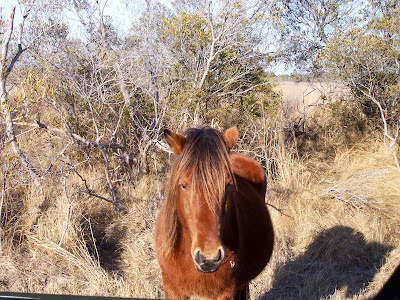 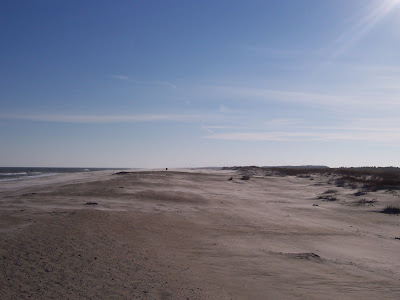 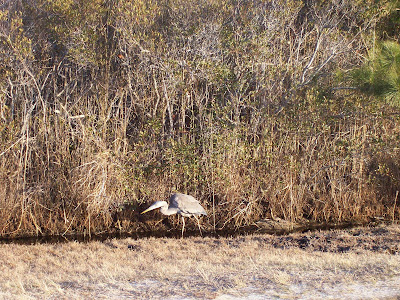 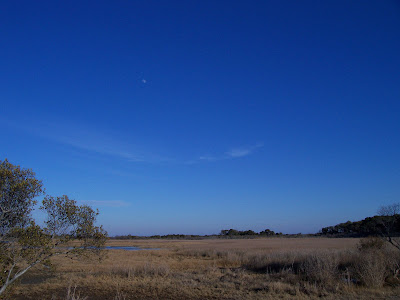 If one ever finds themselves anywhere near the DelMarVa peninsula (of Maryland’s or Virginia’s Eastern Shore, or Delaware), a trip to Assateague is a must! Take a ride down the Blue Crab Scenic Byway and cross the ‘other’ (and smaller) Verrazanno Bridge to Assateague Island. Here you will find wild horses and assorted wildlife, interesting wetlands, and vast beaches. As Assateague is part of the National Park system, fees are involved when entering the island but often there are weekends/periods when no fee is charged. Camping is available as is driving on the vast beach (for additional fees, I believe). The sand here is deep and loose, so you will likely need a four wheel drive vehicle to make it anywhere driving on this beach – or at least, at a minimum, a vehicle with significant ground clearance if you are accustomed to/accomplished at driving in loose sand. If it’s summertime and you are on Assateague and anywhere other than on the beach, I recommend having insect repellent with you, btw. Regardless, Assateague is a cool place unlike any other place you likely ever will visit. Where else can you get up close with wild horses that don’t mind humans gawking at them? But as the signs state: “Respect the space of the wild horses, because they won’t respect your space,” – meaning they will likely bite or kick anyone at anytime if they are so inclined; and: “Keep a distance of at least one bus length between you and the wild horses.” But to look at them, they seem very cute and tolerant of humans. But we all know looks can be deceiving.

Check it out, though! Assateague is a cool place! See: http://www.nps.gov/asis/index.htm 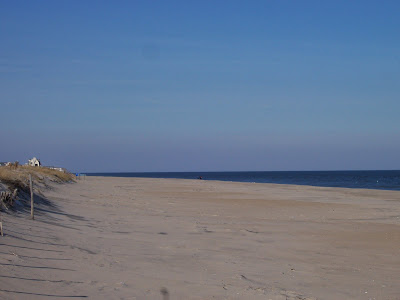 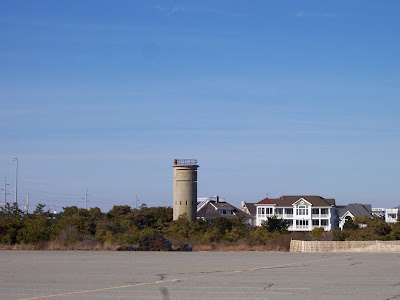 The State of Delaware’s sea shore – also on the DelMarVa peninsula - is a very nice place. Here you will find vast beaches with deep sand, occasional boardwalks, and assorted tourist attractions. This coastal area is somewhat less popular and typically less crowded than neighboring beach areas to the south and to the north. Rehoboth Beach, Bethany Beach, and Fenwick Island are all nice places and somewhat low-key while also being, in general, family oriented. My latest trip to the Delaware Coast/Shore was during the winter so the water and air temperatures were too cold for body surfing or lounging and sunning on the beach. Nevertheless, the place makes for a really nice drive. No crowds, plenty of open space, and interesting World War II bunkers / towers to see as well. As one drives by one of the towers, they may notice the sign which says something to the extent of “Support WWII Veterans, Save the Tower. Visit: www.savethetower.org.”

Ocean City, Maryland, During the Winter 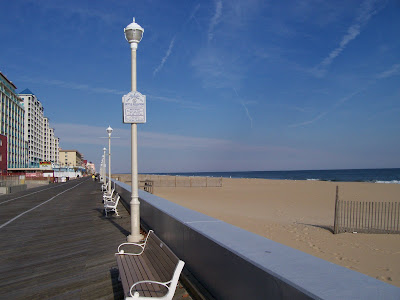 Ocean City (OC), Maryland – on the DelMarVa peninsula - is a fun place with lots of interesting things to do to pass the time. This place has a nice vast beach with deep sand, an impressive boardwalk, lots of nightlife, and alot of tourist attractions. OC is a place in which I spent much time during my younger years. In the summertime, however, this place can become quite popular and crowded, particularly on the weekends. So, such is one of several reasons why I have always enjoyed visiting OC during the wintertime. While the water and air temperatures are typically too cold for body surfing or lounging and sunning on the beach, OC is a great place to get way during the winter. No crowds and plenty of space to wander.

From D.C. or Baltimore, merely drive across the Chesapeake Bay and follow the main road east till you can’t go any further.

From Where I was in New Jersey, The Recent Blizzard Snow Removal Efforts Looked Entirely Adequate and Acceptable – Contrary to News Reports.

As a result of the recent and somewhat massive snow blizzard which occurred on Christmas weekend, it has been widely reported that the public works departments of the State of New Jersey responded poorly with inadequate street plowing/snow removal efforts on NJ’s streets/roads/highways. Additionally, the governor continues to defend himself against assaults that blame him for not returning from his family holiday vacation to personally oversee the snow emergency efforts.

I don’t believe Gov. Christie should have left his family and returned from his holiday family vacation in Florida, either. I mean…, what could he have done anyhow – expend political heat to make the snow melt faster? The NJ state roads looked fine to me and these adequate road conditions materialized within a reasonable timeframe - at least from my experiences on the many NJ highways that I traversed during and subsequent to the snowstorm.