Letchworth State Park, NY: “The Grand Canyon of the East,” and The Southern Tier Region of New York State. 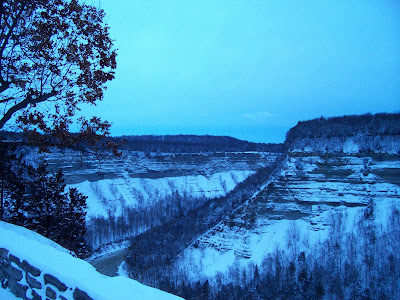 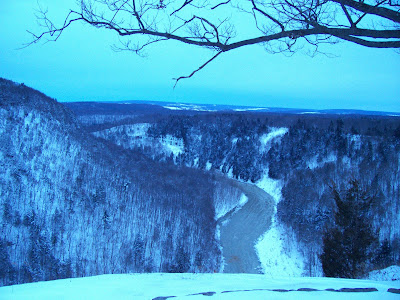 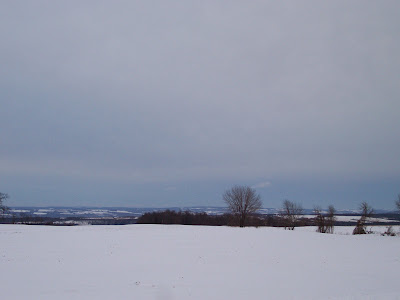 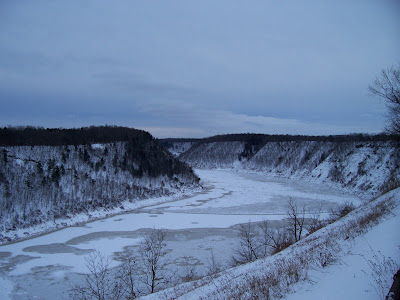 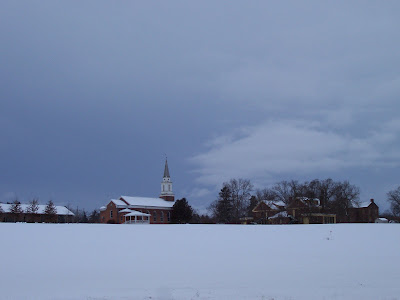 If one ever finds themselves in the area of Corning, New York or anywhere along the Southern Tier of New York State or western New York State, a trip to Letchworth State Park is a must! Letchworth State Park is called the ‘Grand Canyon of the East.’ While it is not as vast as the Grand Canyon in Arizona, Letchworth State Park is an impressive sight and worth the drive to see it! Letchworth is probably worth giving up a day at Niagara Falls as well. However, if one is to drive to the park during the winter months, make sure you enter through a gate that is open year-round – as some gates are closed due to snow (unless you have snowmobiles with you). The park looks like it would be a great ride during agreeable weather as the main road traverses the length of the park! (The main road is also subject to closure due to snow during the winter months, unfortunately for me.) What’s more, the park is surrounded by many interesting towns and villages which feature interesting architecture, shops, and wineries and appear to be home to warm and welcoming folks as well – at least if my experience is any typical example. Go check it out, I recommend it!

The Southern Tier Expressway is a nice alternative to the New York State Thruway, upon heading east or west. For starters, there are no tolls on The Southern Tier Expressway. Furthermore, this expressway is a fun and easy ride on an apparently/generally well-maintained roadway. This expressway is surrounded by rolling hills, mountains, farms, and waterways. This ride is also privy to a variety of good radio stations for listening pleasure as well, btw.

If one has the opportunity during any time spent in New York State’s Southern Tier, check out Corning’s inviting Gaffer District as well as the interesting glass museum (The Corning Museum of Glass). Also, Elmira is worth a visit to see the final resting place of the famous American wordsmith and storyteller Mark Twain/Samuel Clemens. As the banner on the building read: “Mark Twain: Elmira is proud to be where Twain remains.” :)

PS. The photos above may not do much justice for the beauty of the park, however. Also, my apologies if the photos appear as somewhat dark, as it was near the end of the day when I arrived in the park. 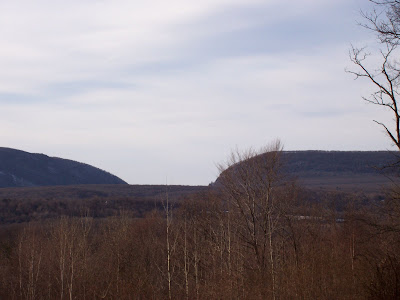 When looking for an enjoyable drive through the country without having to go very far, take a ride west from New York City through Northern New Jersey towards Pennsylvania. This is a nice ride through the North Jersey countryside. In New Jersey, take Interstate 80 and head west towards East Stroudsburg, Pennsylvania. As I said, once past the suburban areas, this is a really enjoyable ride in the country with interesting scenery. The Delaware Water Gap is also a scenic place with fresh air and plenty of hiking in the region. The Appalachian Trail is traversed along this ride shortly before reaching the Water Gap as well. The Water Gap is near the Pocono Mountains on the Pennsylvania side which offer skiing during the winter months and scenery throughout the year.

PS. The photo is along the ride approaching the Water Gap in Northern New Jersey. The Water Gap is located at the gap between the mountains which are seen in the distance.

For Ice and Snow, Travel Heavy-Jumbo!

Our City Streets Are In Horrific Condition!!! To the Government Entities of our Nation: Please Rebuild Our Streets and Our Infrastructure!

The City Streets Throughout Much of Our Nation Are In Horrific Condition - at least in most of the nation where I have visited during the recent past and particularly in the majority of the northeastern portion of our American Nation!!! (This subject is a recurring theme in this and many of my blogs, btw.)

And, please don't get me wrong, it's certainly not just the city streets that are in horrific condition either. Rebuild them all!! That's what I have to say about it!

To the Government Entities of our Nation: Please Rebuild Our Streets and Our Infrastructure! Must WE the populace beg for you to act and actually rebuild the roads (and not merely fill the potholes and/or lay a minimal amount of asphalt to cover the horrific road-scapes - which, of course is better than nothing, but...)?

Or, would it be better for the populace to play 'hardball' and demand that the Eleventh (11th) Amendment to the U.S. Federal Constitution be repealed so that we may hold government entities responsible and liable for the continued damage to our vehicles as a result of traversing the horrific roads throughout our Nation?

PS. More may be added to this post in the near future.

This blog is also posted at:

Mucho Snow: Massachusetts! 4x4 Kinda’ Fun! Or, Be Careful What You Wish For? 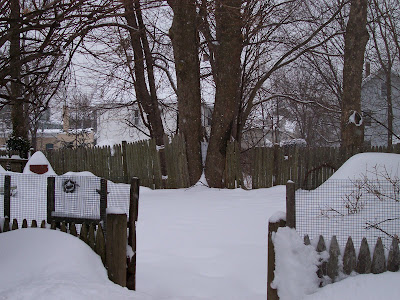 If you think you have alot of snow….come see the Boston area and then let’s talk. There is so much snow here that no one has anyplace remaining to pile it. Homeowners can be seen shoveling the snow from their driveways and sidewalks into the street – which is usually not desired by any town. Most of the existing residential piles of snow are already chest to head high and the piles can not go any higher.

It has snowed all day (8 to 10 inches) and much of the area is currently getting a break as the snow has been replaced with a ‘freezing drizzle.’ Up to an additional foot of snow is expected/forecasted to arrive this evening/early tomorrow morning – unless the precipitation turns to ice.

Though all this snow fun is not coming without a price, at least for some, as one school district [in Conn.] reportedly has already canceled the upcoming spring break for students. Soon, I may have to rethink my ‘wish’ about snow, I recall my wall post saying, ‘the more the merrier.’ But, I am still diggin’ it tho. 4x4 Kinda’ Fun! :)


PS. The top of the wood portion of the fence in the foreground of the attached photo is probably 4-1/2 feet high, or so. The snow next to the fence does not really reflect any additional snow shoveled upon any fallen snow.

PSS. On the down side, roofs are falling down all around town - due to the weight of snow.
Posted by Adam Trotter at 3:29 PM