For the first time that I can remember since I was a child, I have actually seen a long stretch of highway being rebuilt / built. When I was a child, I remember seeing the older generations building interstates from the road bed up. Since that time, I have never seen any real highway construction in the United States that included actually building a road. However, leave it to the State of New Jersey to surprise me. Because, approximately twenty miles of the northern portion of Interstate 295 is totally torn-up and it appears a new road bed is being laid.

The only times that I can remember seeing any road beds being set in modern times would merely include very short replacement segments on the I-10 freeway near Palm Springs and maybe some very short segments of the I-405 freeway on the west side of Los Angeles, some (one) bridge surfaces on Belt Parkway (though, of late, maybe more now), some stretches of roadway in Mississippi, a major overpass near Riverside, and possibly some sections of the Staten Island expressway.

Its funny, because WPIX and Fox Channel 5 in New York just last week were airing reports that stated how most residents in New Jersey were becoming more and more disgusted with the roadway conditions in the state. Yet, only in New Jersey can one definitely see any significant amount of roadway actually being rebuilt from the roadbed up. I have not seen any long stretches of roadway being built anywhere else in the United States.

Due to the rebuilding of roads being such a rare occurrence, I had recently come to the assumption that the building road industries had also been shipped overseas to places like China and India. So I was quite pleased to see this section of I-295 being rebuilt – as it desperately needs it.

So, kudos to the State of New Jersey and whatever Federal entities might have been involved in this seemingly nouveau idea of actually rebuilding a road. Lets hope this sets a trend. 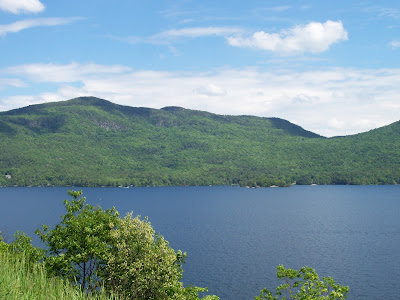 Blog to be filled in later. Just posting the photo.
Posted by Adam Trotter at 5:38 PM 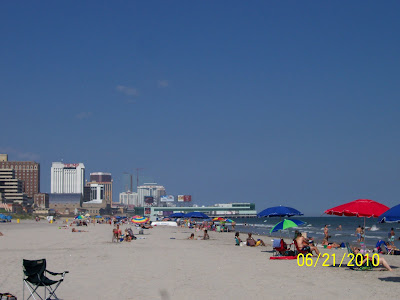 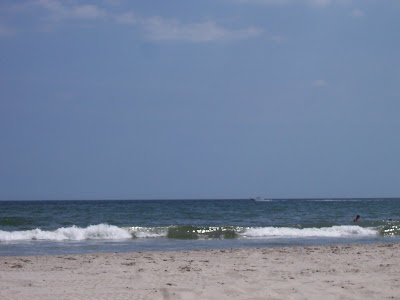 
To get here, wait until the wave starts to pick you up as you swim with the wave – try and stay out in front of the wave, btw. When it picks you up, go to the right or to the left down the line of the wave – try to get up into any tube if present, depending on wave shape or if possible depending on your ability. When your ride appears to be over, use your momentum to exit out and back under the wave – if you can. Typically, don’t go straight away over the falls and look out for the face-plants, they can be a real day / neck breaker.

Atlantic City, New Jersey (AC) is one of my favorite beaches on the east coast. For starters, it is easy to get to and there are no fees for entering the beach. There is plenty of parking, plenty of room on the beach, and plenty of well-air conditioned and nice establishments to duck into every now-and-then. What’s more, there is no required and mandated swimming area, like some of the more ‘lame’ beach areas. [Lame is, in my opinion, when the lifeguards are telling swimmers exactly where they have to swim and/or do not allow swimmers to swim out as far as the break – the lifeguards are generally this way because there are typically so many poor swimmers that may not understand the power of the wave / surf – but like I said, the lifeguards aren’t quite so ‘dorky’ in AC.]

On this particular day, while the water was warm (approx. 68 degrees F) and the sun was hot with the occasional passing cloud, the surf was unfortunately somewhat flat. Consequently, there were no excessive side currents or rip tides either; so the conditions were great for the children and the less-than-proficient swimmers among us.

Nevertheless, I managed to catch a few good rights and a few good lefts. As I said, the shape was poor but it was somewhat of a shore break with the occasional nice shore bounder. Though, on the east coast, I don’t think most are accustomed to seeing swimmers [such as I] wearing fins, a rash guard, and webbed-gloves – like I enjoy wearing; but hey, its kinda’ what I’m used to. :)


PS. To give credit where credit is due, however, it is my west coast friend that taught me how to actually body surf. Thanks, Saint Mike. :)
Posted by Adam Trotter at 4:36 PM 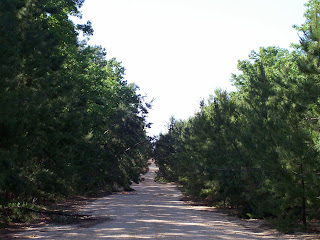 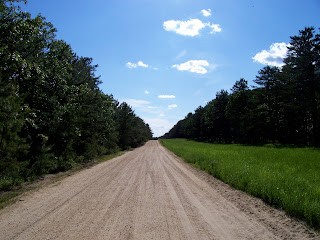