Dare I blog it, but it’s like…, I hope the ‘big one’ don’t hit when…!
…then again, given a massive tsunami tidal-wave or the likes, up on the could be one of the safest places around for miles – one never knows, I suppose.  Regardless, the is a pretty cool ride!

The bridge is named for a local San Pedro politician/state assemblyman who championed its construction and who has since deceased.  It opened in 1963, with its namesake Thomas paying the first toll collected by the bridge.  The bridge spans from the San Pedro seafaring district of Los Angeles to , the port district of the city.  The Vincent Thomas was originally a toll bridge but once the bridge was paid for, the toll was no longer collected and the toll booths were subsequently removed.  (Hear that, east coast turnpikes?) The bridge was fitted with $1,000,000 worth of ornamental lighting sometime over the last decade or so.  Once a year, more or less, the bridge is closed to vehicular traffic to allow for pedestrians to traverse en masse – pedestrians are not allowed any other time, as far as I know.  When I first moved to the area, I sort of got in the habit of calling the bridge the ‘Saint Vincent Thomas’ to help be remember its name.  :)

I most enjoy traversing the bridge when it’s early night-time after dark – when the bridge’s ornamental lights are lit and the lights of the city and port area are all aglow.

Facts below taken from:
CA-47
http://www.portoflosangeles.org/transportation/ca_47.asp

--  First welded (not riveted) suspension bridge in the .

-- Only suspension bridge in the world supported entirely on piles.

-- Named after Assemblyman Vincent Thomas of San Pedro. In 1961, the California Legislature passed a special measure to name the structure after Thomas in honor of his persistence and faith in the bridge's future success.

-- Designed by the Bridge Department of the California Division of Highways, now known as Caltrans, which owns and maintains the bridge.

-- When the Bridge opened in 1963, a 25-cent toll was collected in each direction. On grand opening day, Assemblyman Thomas paid the first toll. In 1983, the toll increased to 50 cents for westbound traffic and was free for eastbound traffic.  In 2000, the Bridge was considered “paid for” and the toll was repealed.

-- Painting the bridge is a routine and continuous maintenance job, handled by Caltrans, which requires 1,500 gallons of zinc, 500 gallons of primer and 1,000 gallons of green paint to cover the span.

-- In 1996, the Los Angeles City Council declared the as the City of ’ official welcoming monument.
Posted by Adam Trotter at 1:14 AM 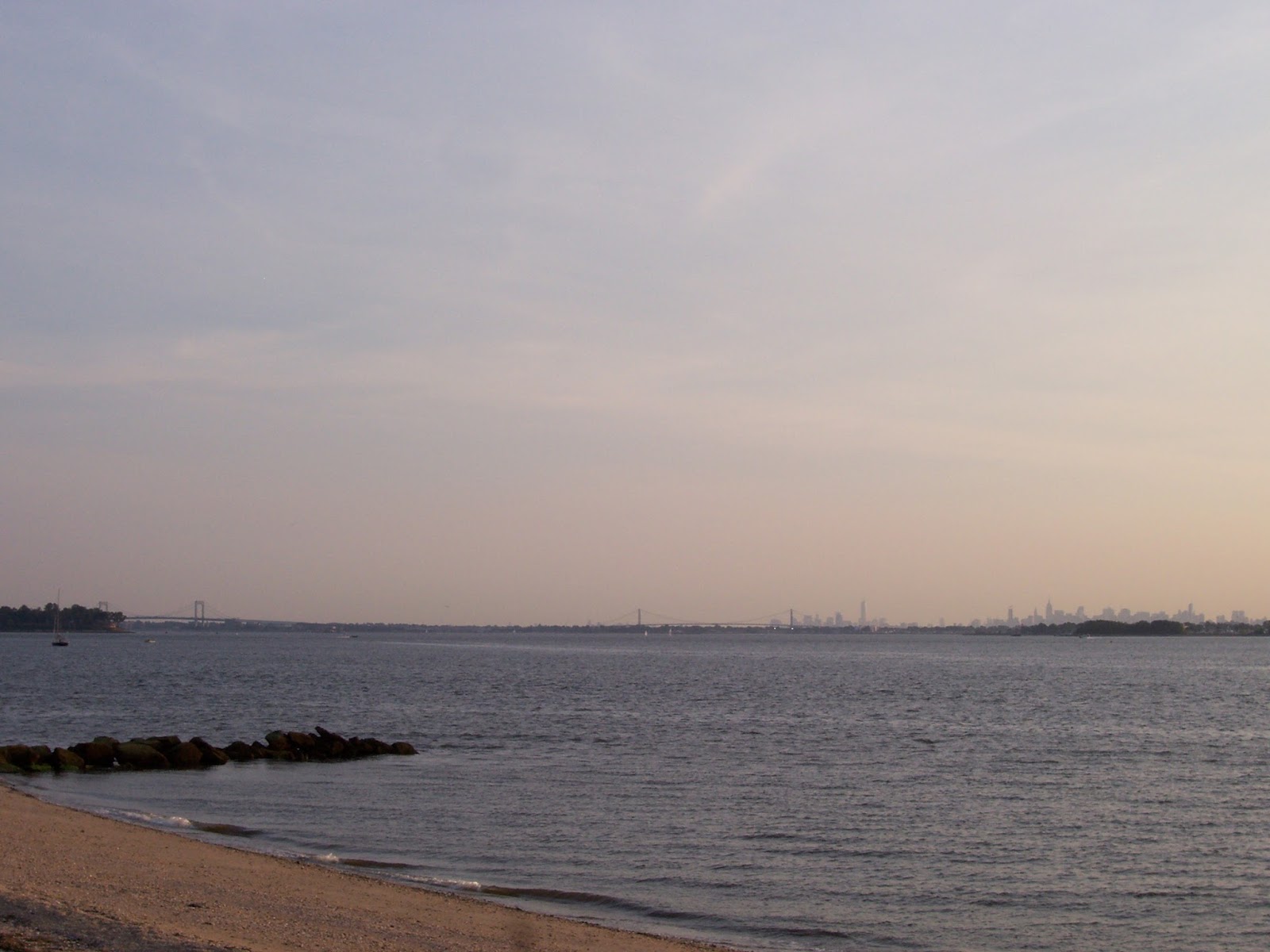 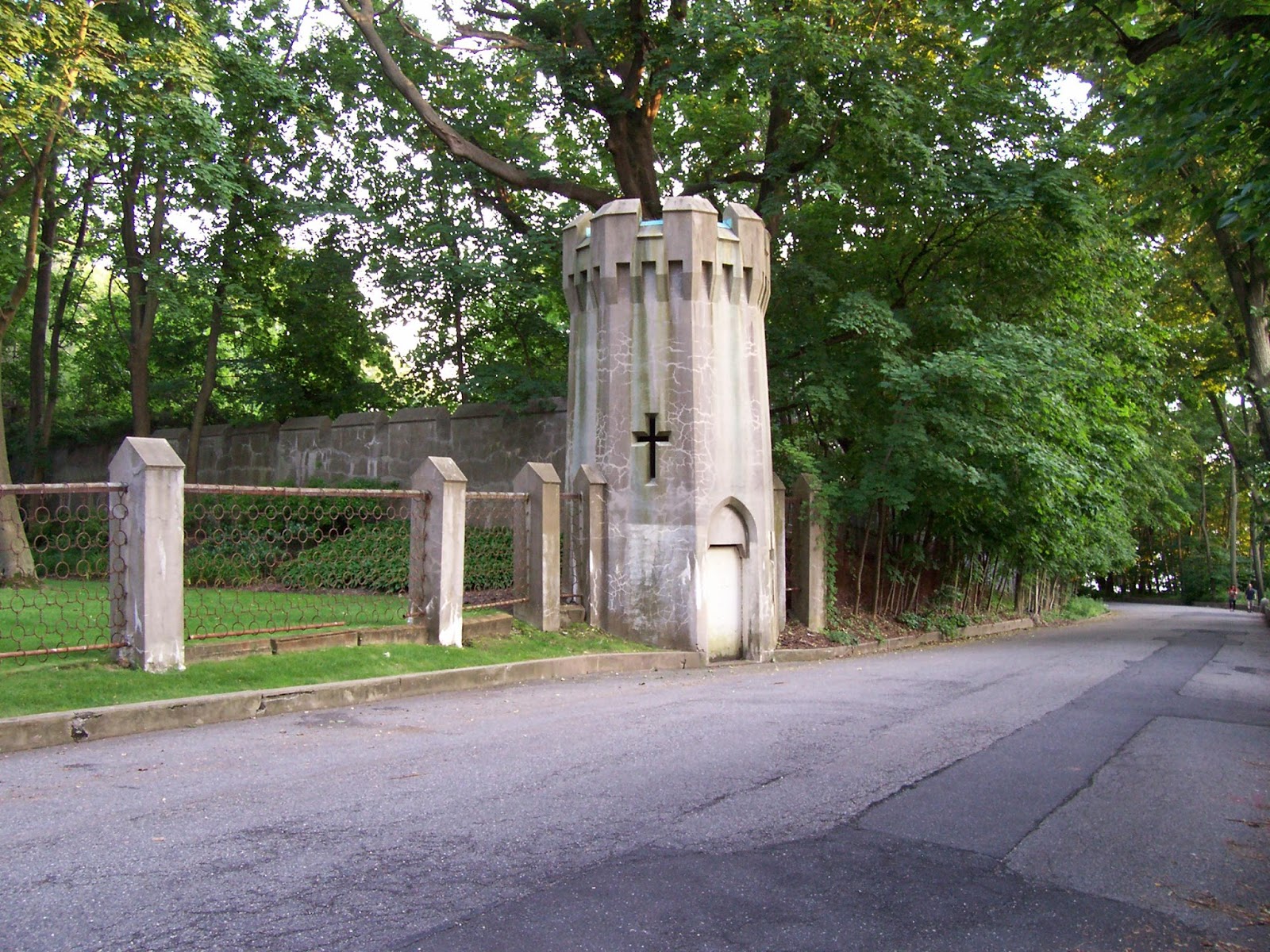 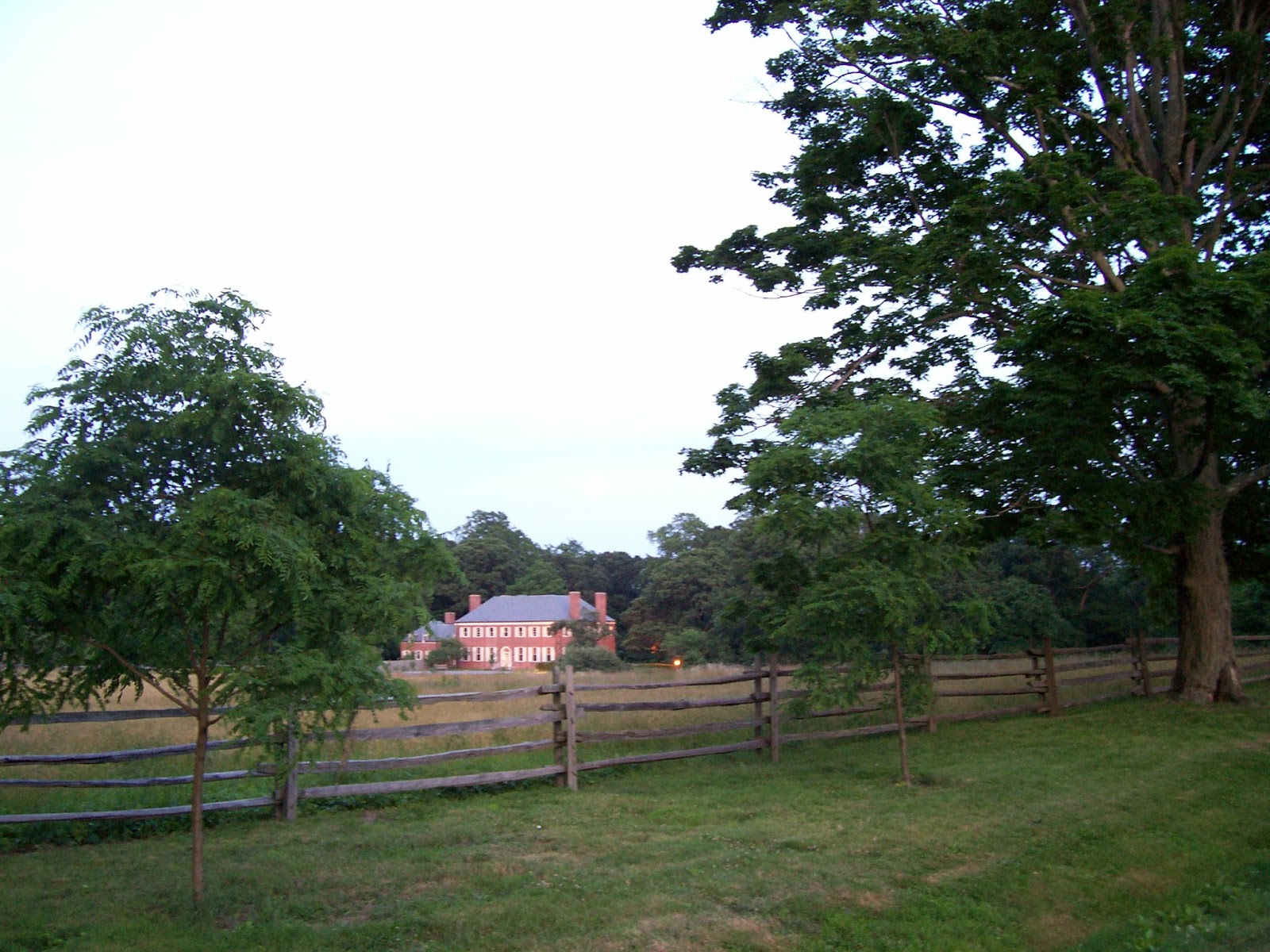 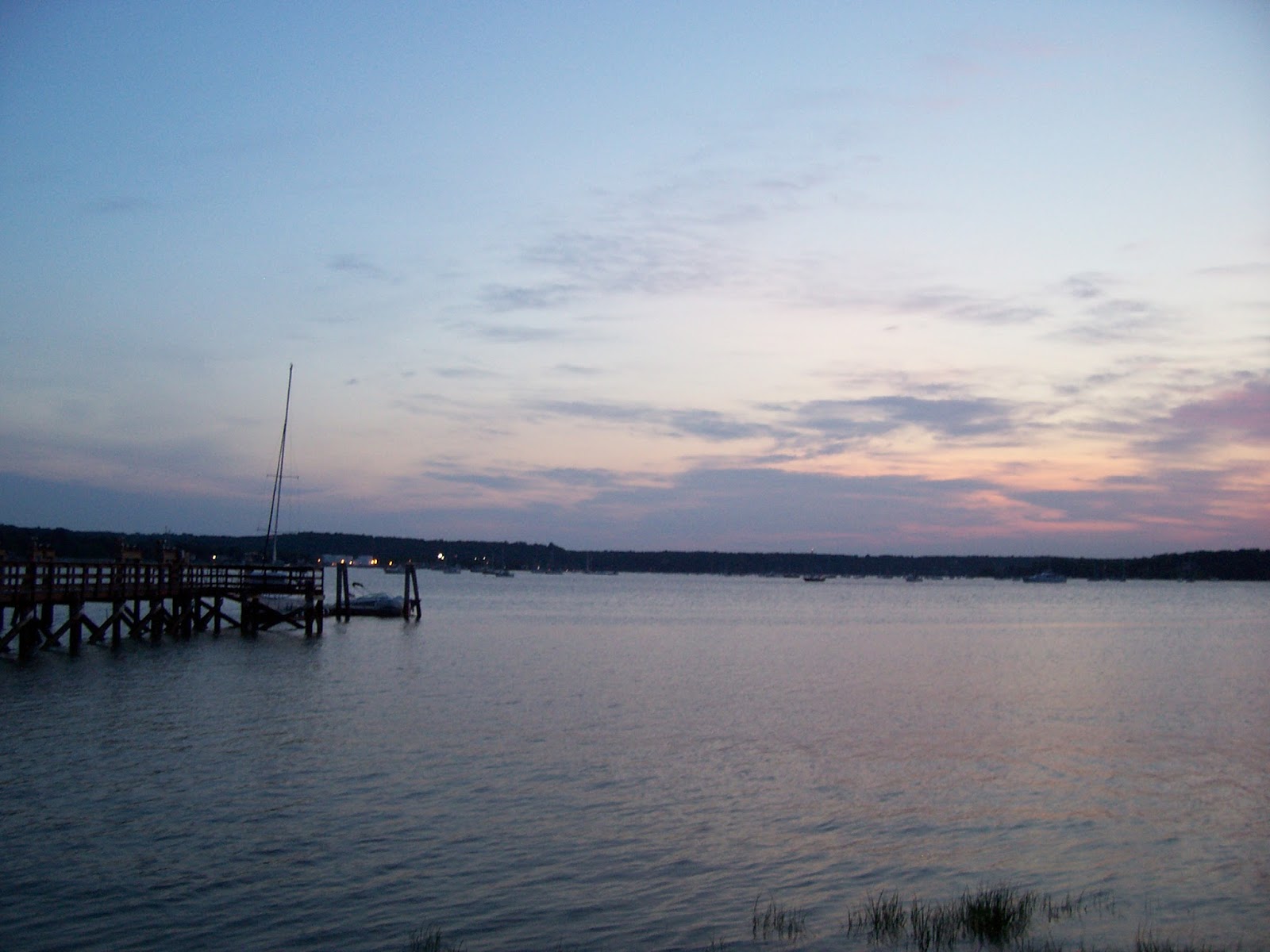 Ok, I get it.  I live in the real world too.  I realize the majority of us are not always afforded the luxury of time and expense to take-off for a change of scenery to places like The Joshua Tree, or West Texas, or the Outer Banks – let alone .  But for those in the area, there is a pretty cool alternative that is not even as far as going to the Delaware Water Gap or even Orient Point.

A cool alternative destination for those in the NYC area is Sagamore Hill and Oyster Bay, .  It is not a far drive and the train exists as an option to get there as well.  Be it the short drive or the train, both will save you money – especially given the current high cost of gasoline.

seems as a welcoming town/village/hamlet with plenty of quaint shops and eateries.  The town’s marina area as well as the Long Island Sound both make for relaxing scenery, interesting seascapes, and also allow for impressive sunsets.  offers itself as an inviting place for exploring and enjoying life.

While in the area, be sure to check out the home of the Teddy Bear’s namesake, Sagamore Hill – the home of President Theodore Roosevelt (T.R.).  Not to get into his political viewpoints and all, but I think Teddy Roosevelt is probably my favorite president, historically speaking.  T.R. was considered a radical of his day.  Modernly, it is sort of an alien thought to think that demanding inspections of meat products intended for human consumption was considered to be radical.  (Teddy Roosevelt was irate about the reported fact that more American troops died in the Spanish-American War from eating bad meat products than died in combat.)  Nor would we modernly think of the creation of the National Parks as a radical idea either.  But these thoughts were radical ones back in T.R.’s day.  He was made Vice-President in an effort to put him on a shelf – little did anyone expect McKinley to be assassinated which would then usher T.R. into the White House as President shortly thereafter.

Anyway, Sagamore Hill seems like it would be a pretty darn cool place to live, if anyone were to ask me.  And the short trip from the City to see it as well as can make for a really enjoyable day/weekend as well as a fond memory too.


http://en.wikipedia.org/wiki/Assassination_of_William_McKinley
Posted by Adam Trotter at 2:51 AM 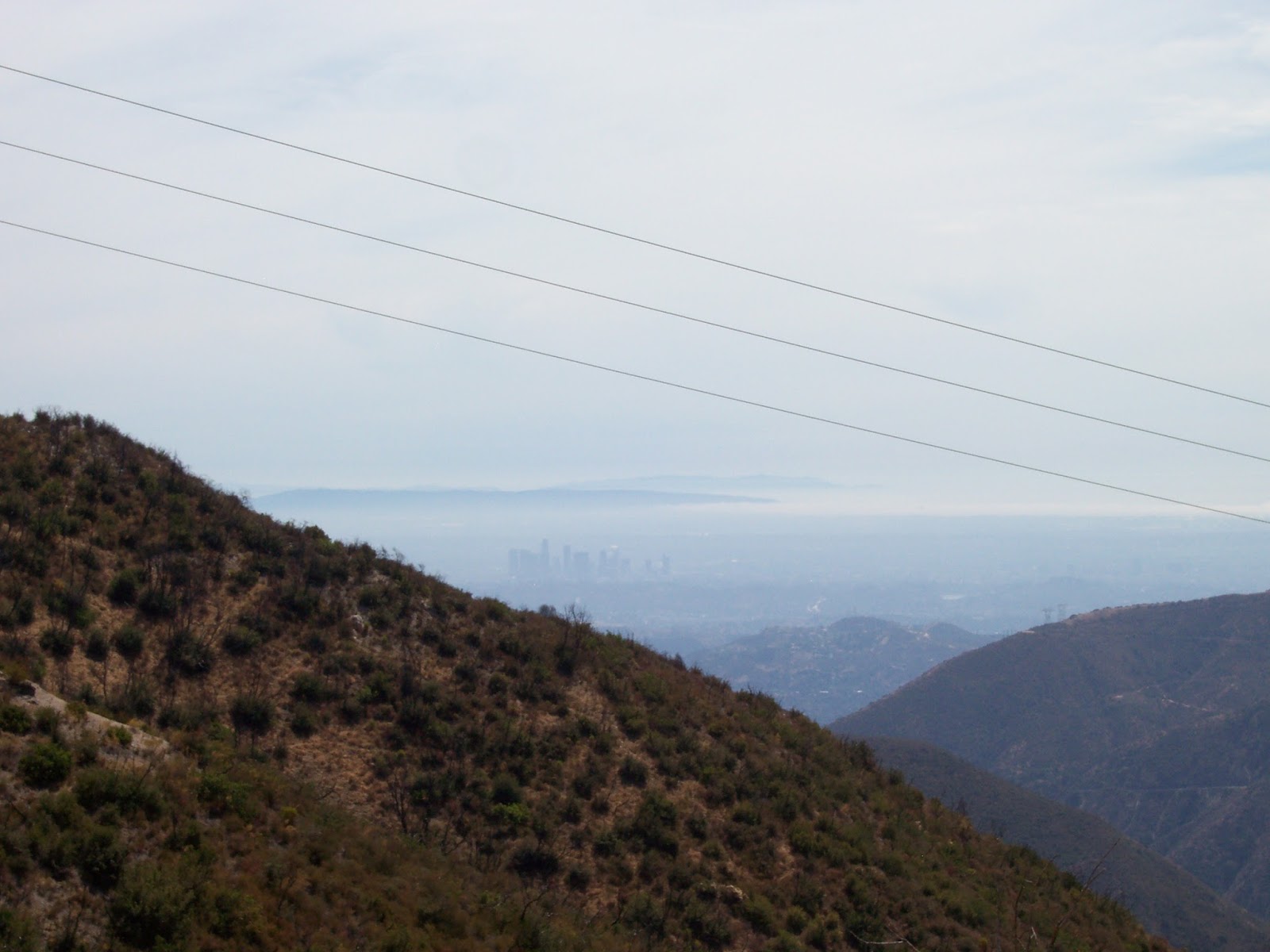 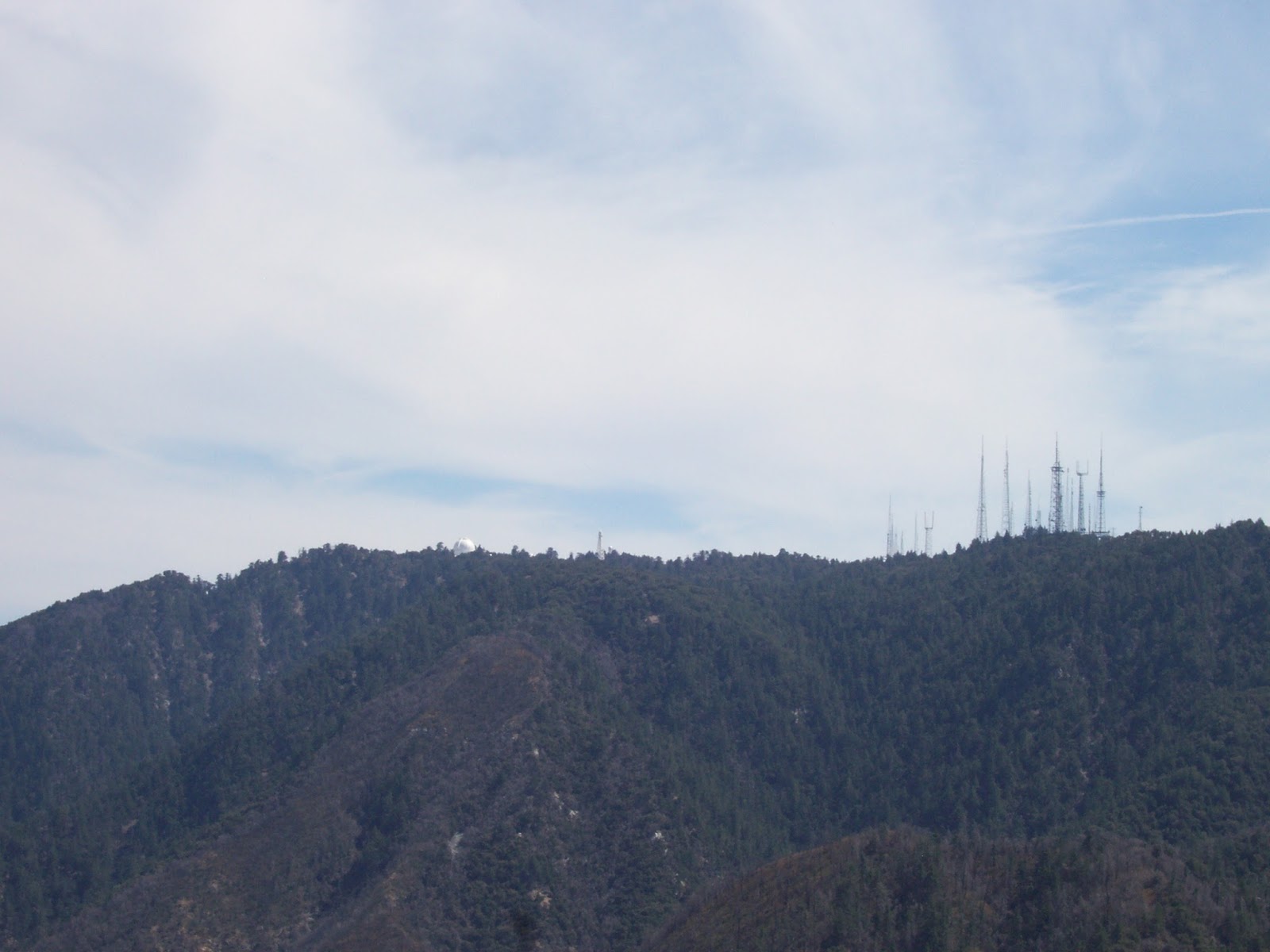 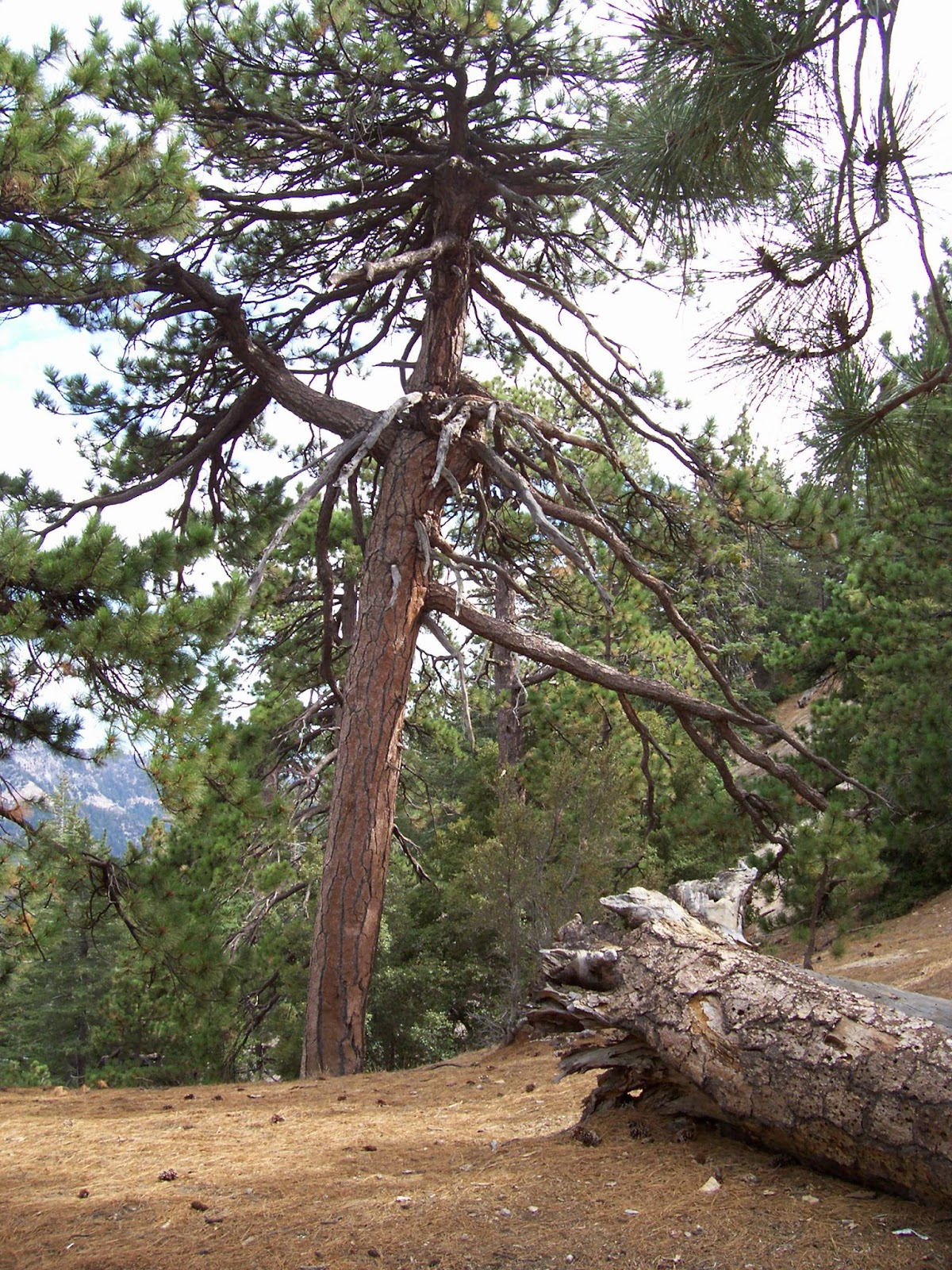 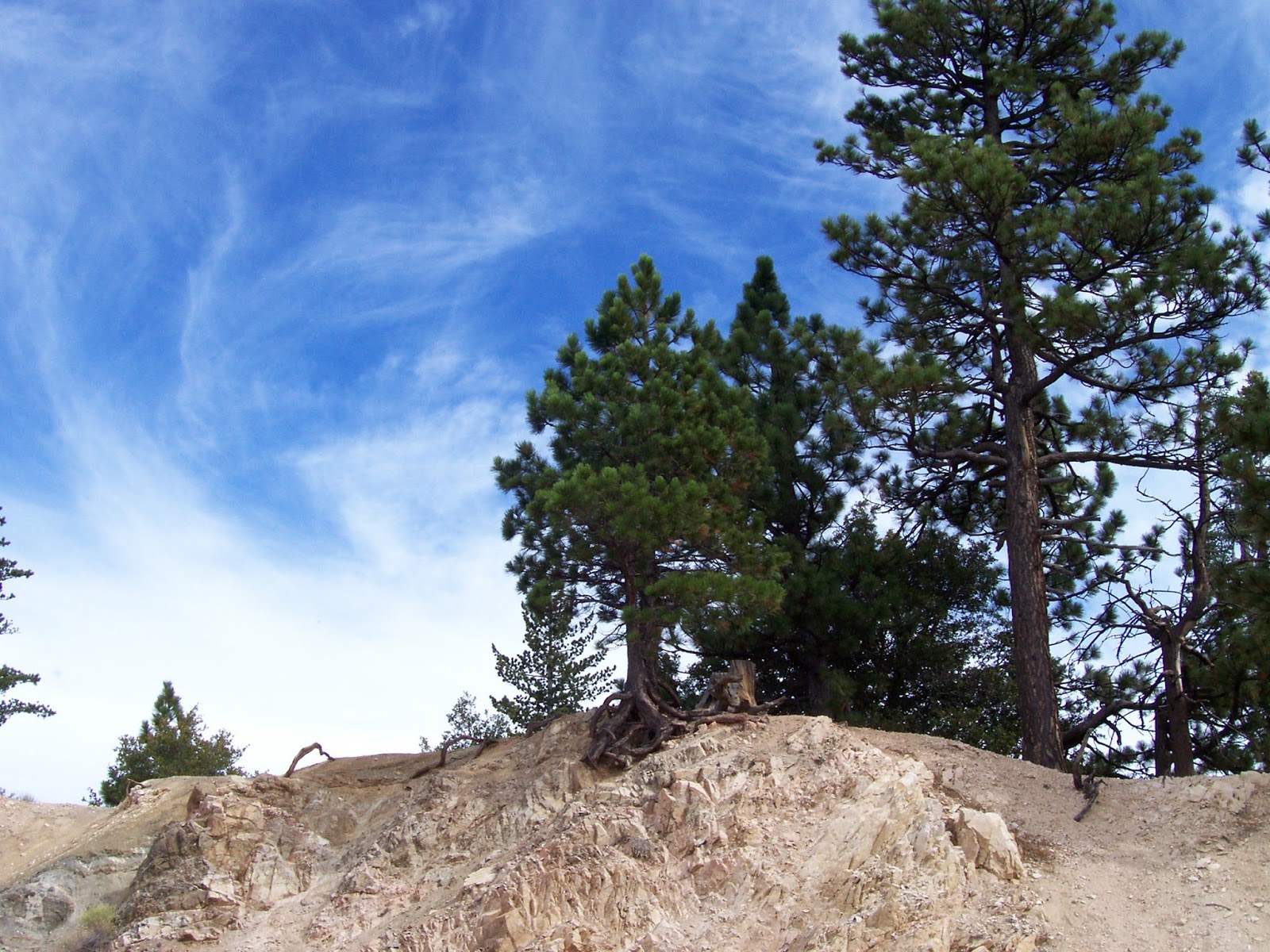 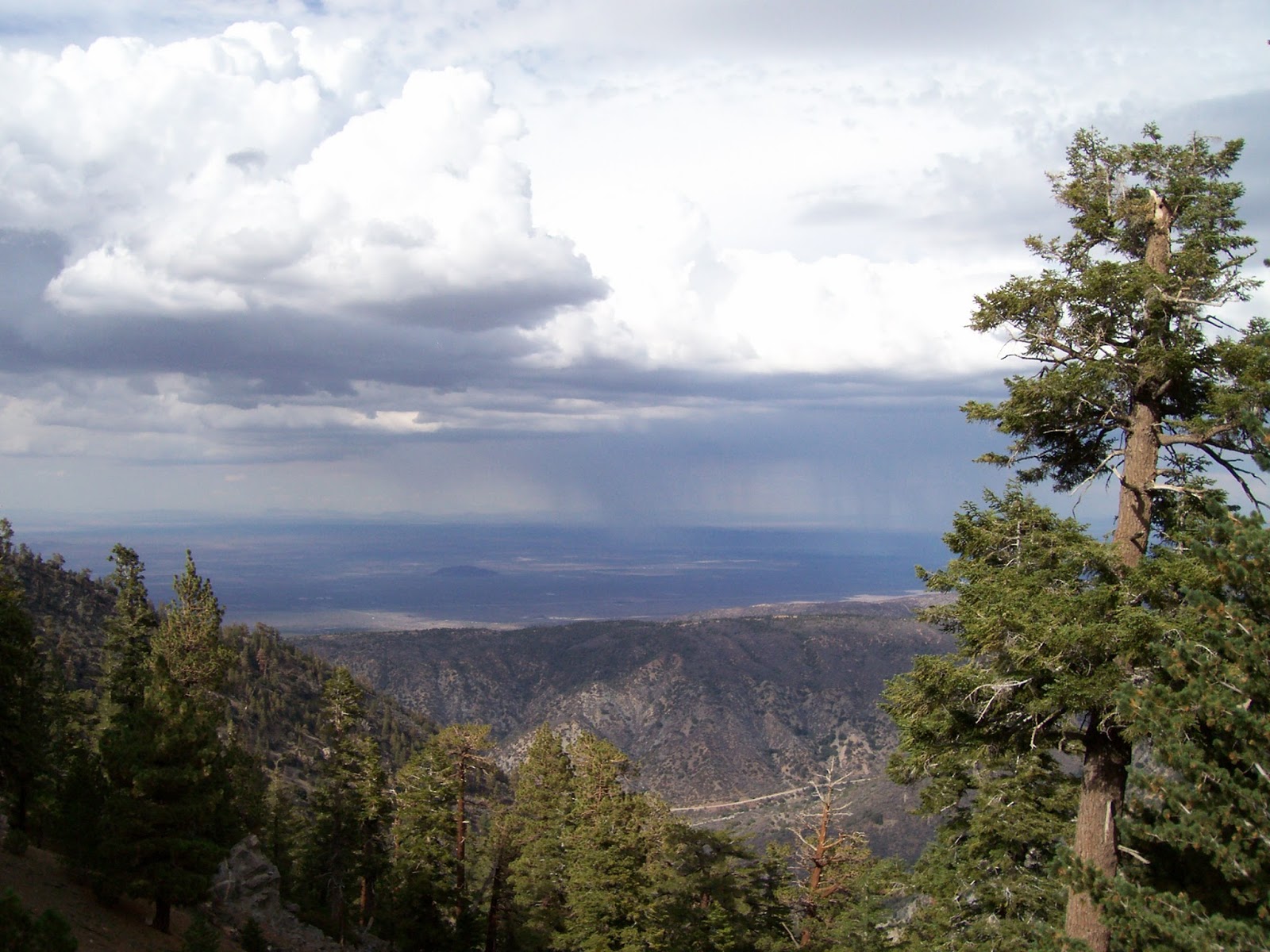 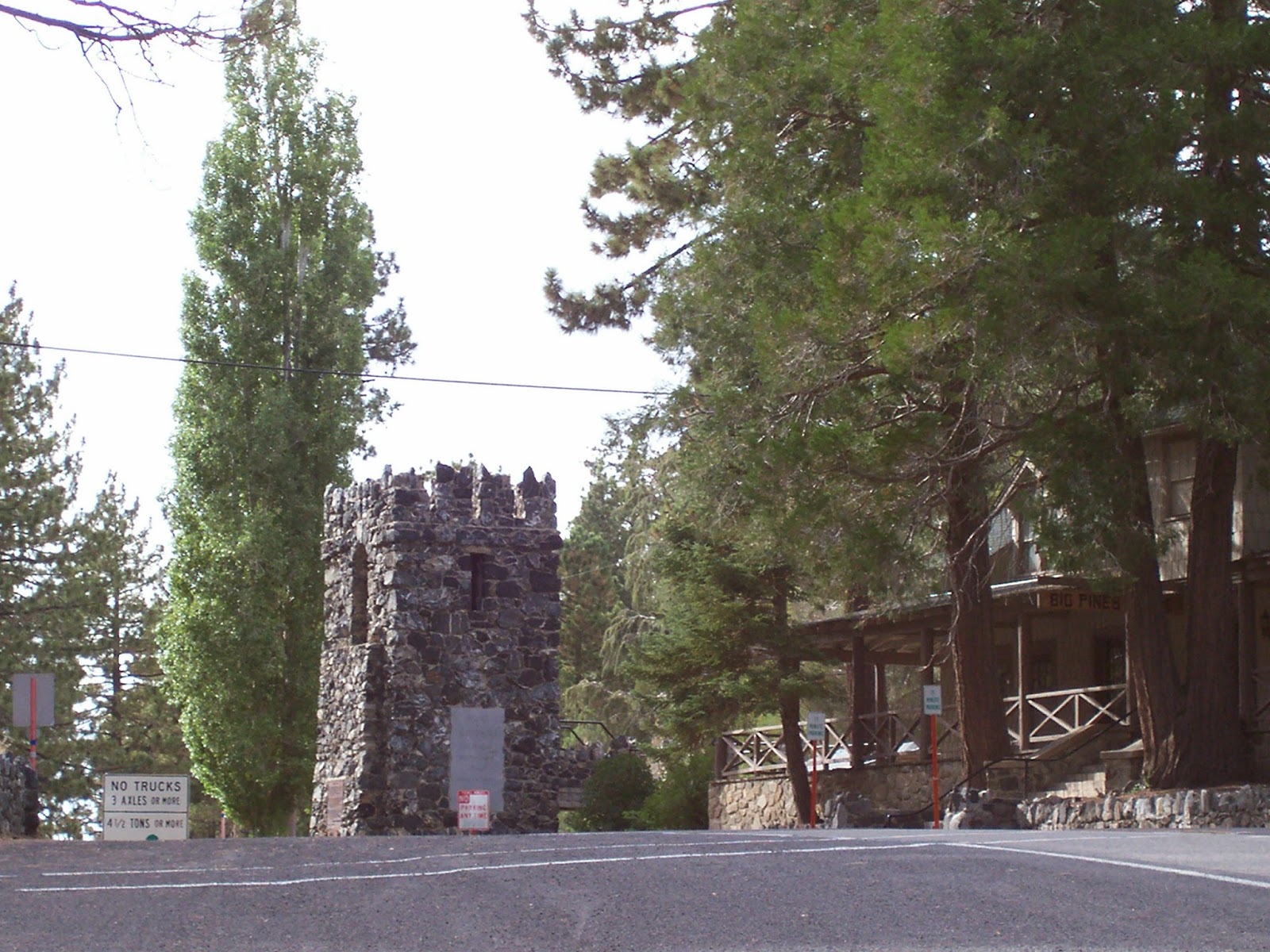 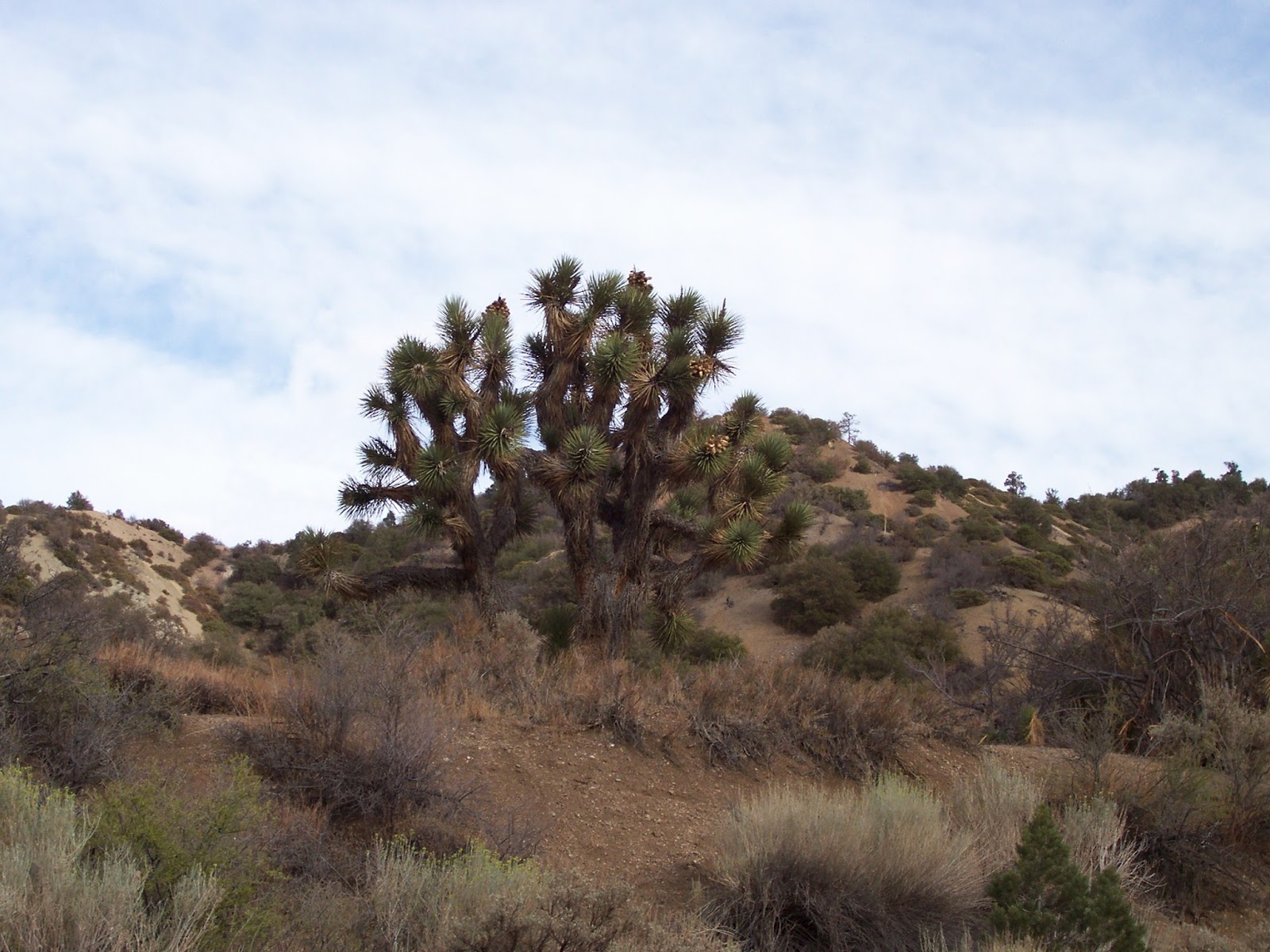 If you are in the area and looking for an easy, nearby drive with lots of great scenery, take a ride on the .  It’s a winding road along the peaks of the Angeles National Forest with some steep drops off the side of the road, but it’s an otherwise easy road to drive – at least when there is no snow.

The road will take you to an altitude of approximately 8000 feet.  You will see and its observatory.  You will also see the some of the region’s ski areas.  On the south side of the peaks you will see almost the entire including Palos Verdes and Catalina in the distance.  On the north side of the peaks you will see the high desert disappearing into the horizon.  The redwoods are abundant in the area as is varied wildlife, should you be lucky enough to see any.

I typically start the journey at the base of the highway located at La Cañada Flintridge.  I always first stock-up with beverages, food, ice, and gas – because you wont be seeing a whole lot of civilization for the next couple of hours as you traverse the first thirty or forty miles.  Now that one of the highway’s bridges has been repaired, you can cruise all the way through to Wrightwood in the high desert.  The Joshua Trees and the Mormon rocks will let you know when you are there.  One can then traverse the rest of the peaks that surround the basin by going on through to the Big Bear area via the Rim of the   – but I would suggest maybe making that a two day trip if you wanted to continue on to Big Bear.  Anyway, from Wrightwood it’s essentially an easy freeway ride downhill from the high desert back to the area.

Whatever you do, I would suggest bringing along a lunch so you can stop and eat at one of the many enjoyable picnic areas along the way.  The rules do state, however, that if one parks anywhere in the national forest, the vehicle is supposed to have a Forest Adventure decal/placard.  Forest Adventure Passes can be bought at most gas stations near the forest before you make your ascent up to the crest.  This rule/requirement may yet change – but for now it’s $30 for an annual pass and $5 for a day pass.

If you have a vehicle with adequate ground clearance or you are a driver who is not easily discouraged, I would also suggest taking a detour down one of the dirt/gravel roads of the national forest that usually lead to remote camping areas.  Mind you, some of those roads can get kind of ‘hairy’ and pretty scary.  But if you do take one of those lesser forest roads, you will likely encounter more vast and beautiful scenery of which most of the typical Californians don’t even know exists.

Either way, enjoy the ride.  Take it easy.  And stay on your side of the road for the benefit of everyone including the other motorists, motorcycles, and bicyclists.


http://www.fs.usda.gov/detailfull/r5/passes-permits/recreation/?cid=stelprdb5208699&width=full
Posted by Adam Trotter at 1:14 AM If one is fortunate enough to find themself in the American Southwest and sees a freeway exit for To’hajiilee, Zzyzx, or Zuzax Roads, I suggest you follow the exit and take in your surroundings.  More than just odd names, these three roads seem to lead to special places that could border on magical as well – go there yourself to see why.

To’hajiilee and Zuzax are outside of , , while Zzyzx is in the California Mojave Desert between and .

Should one decide to explore any of these roads and these places and then venture further into what may appear as desolate or uninhabited terrain, make sure you have plenty of gas, water, and food; just in case.  These are fantastic places to cleanse one’s soul.  However, the wilderness can be just as unforgiving to the unprepared who are not smart enough to respect the powers of nature.  But aside from the warning, these places offer great fun for exploring as well as escaping the realities of everyday life.  These locales also offer potential learning experiences to all.  Again, go there for yourself someday to find out why.  You likely be glad you made the drive.

A couple of months ago I was again fortunate enough to have the opportunity to travel across country round-trip.  From Southern California I traveled via Houston, Texas to New Jersey and then onto Boston, Mass. by way of NYC.  Upon returning, I again went through St. Louis, Missouri.

I will return to finish this blog in a few days.  I enter it now to hold its place in the line of my blog entries.

AVT
Posted by Adam Trotter at 2:58 AM 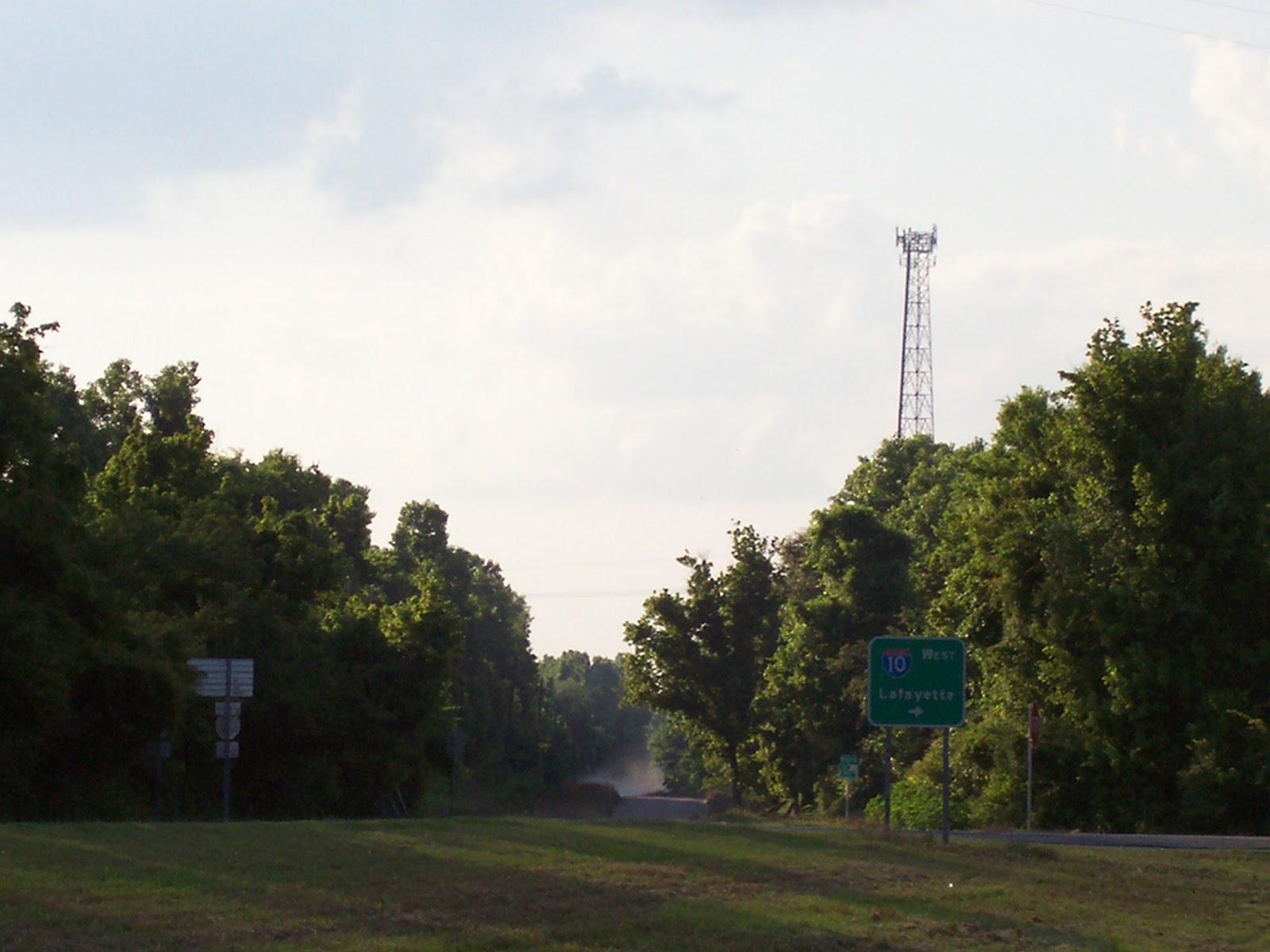 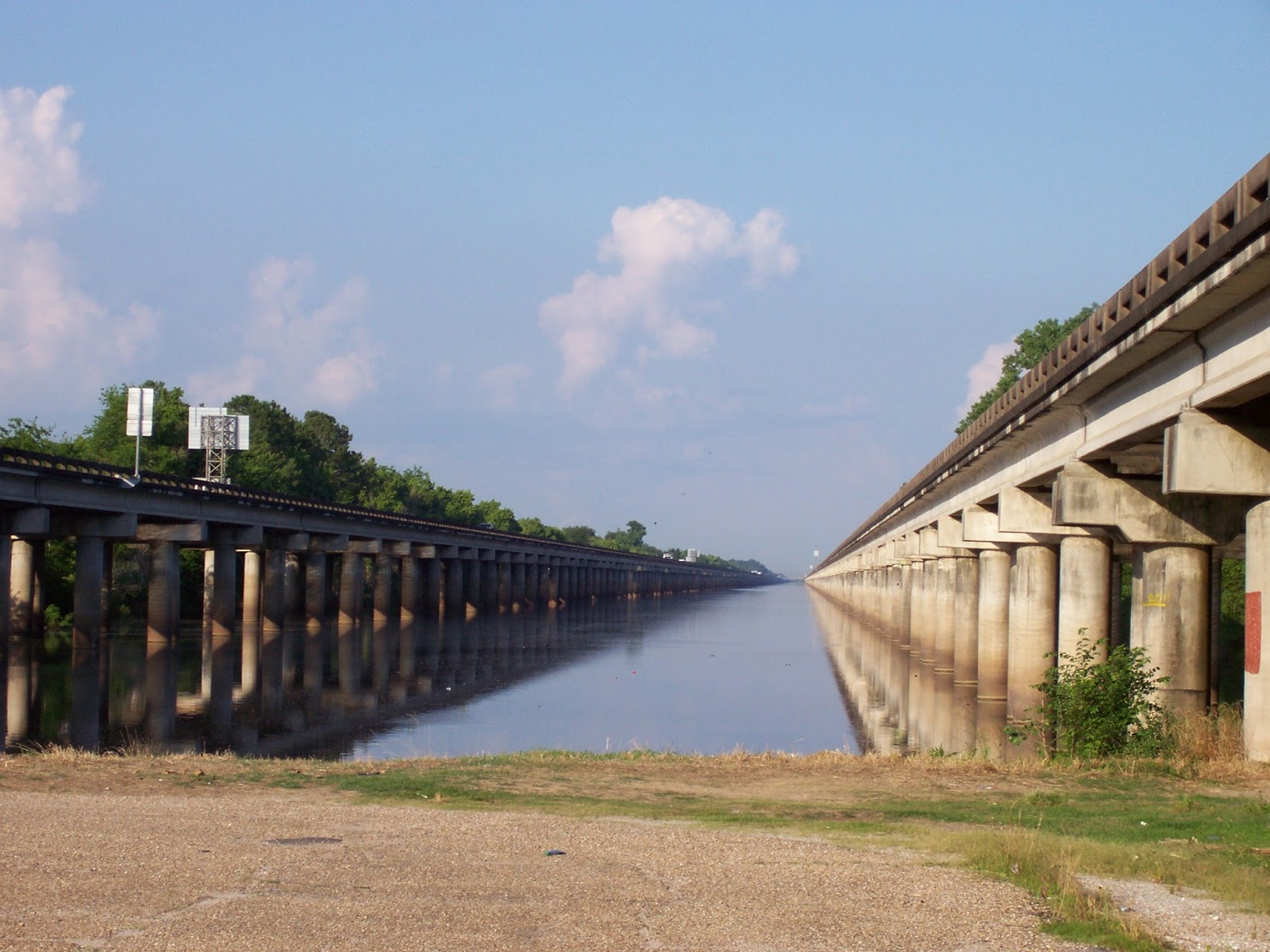 Another unique and interesting ride is the State of .  It is full of interesting topography and intriguing individuals as well.  The elevated highways and bridges over lakes and through bayous are like nowhere else.  The radio for the ride is noteworthy and entertaining and nowhere else do I know where one can hear a non-stop cajun-zydeco.  is a fun place to party, as everyone knows.  But I especially enjoy rolling through the bayous and seeing the countryside.

When looking for interesting places to check-out, I would suggest a local winery or somewhere to try some boudin and cracklins. I would probably go to the place that said ‘if it’s not the best boudin you’ve ever had, the cracklin is free.’  Sounds like some mighty good boudin and a mighty good marketing of an attractive guarantee.

To experience the bayous can make for the experience of a lifetime, in my opinion.  However, if you happen to be in or a neighboring town on Fat Tuesday/Mardi Gras day, just be careful to not turn onto the wrong street and become part of the parade as I once did sometime ago.  But either way, in the end, everything just sort of adds to the experience of being in Cajun Country and .  It’s fun.  Check it out!

Zydeco
http://en.wikipedia.org/wiki/Zydeco
Posted by Adam Trotter at 2:02 AM